The Life of Kylie

This is what I believed:

You were on a secret mission for the government. You’d been selected because of your special military skills. You were undercover, top secret, incognito. Every once in a while, I’d see a man who looked a little bit like you. Was it you, so well-disguised? I knew you were watching us.

This is what I believed:

Those were your mantras. Your mottos on the wall. Your key chains. I couldn’t give up, not on myself, not on you.

As I forced myself to finish that last lap around the track, I knew you were watching me, proud of me: your daughter who doesn’t give up. Your daughter who is so like you. Same fuzzy hair. Same blue eyes. Same sense of humor–or so my mother once told me. Same self-righteousness and determination.

This is what I remember:

When I was in third grade, or was it fourth?, you brought our dog, Lucky, to recess at school and let us romp with him. Later-was it just the next summer? You had Lucky put to sleep because he was getting in too many fights with other dogs. It was a hard decision, but you always did the right thing, even if it was hard.

You taught me how to pull worms from the soil for fishing. You taught me how to cast the fly, hold the rod–I don’t remember the right words now. It was so long ago. You went ahead of us on the path through the woods near the river to kill the snakes. You showed us their bodies. In the river, you taught me to swim. There was a rock with a t-shaped tunnel through it. The teenagers swam through the tunnel. You encouraged me to do it, too–you were there on the other side to pull me through. Once, at the river, you lost your wedding band.

You stayed up, night after night, gluing together that Victorian doll house kit, sewing bedding for the furniture: a tiny canopy, pillows. You put it all together for me, just a year or so before I was too old to enjoy it, just like the long-awaited canopy frame you’d made for my own bed.

Camping… the deer walked right past our site.

Christmas… wool socks left behind in the snow by Santa.

You read us ‘Treasure Island’ and made up stories about Sasquatch. You sang ‘Old Dog Blue’ and ‘Mr. Bojangles’ and songs of your own while playing guitar. They always made me cry.

This is what I remember:

We were in the living room. It was the weekend before father’s day, and we had gone shopping on the base for your presents. You were away at Fort B.

The police car pulled up. It parked on the street, not in our driveway.

A police officer and a military officer got out–was he a Marine? Or from the National Guard?

Mom told us all to go to our sisters’ room. For once, we all obeyed.

Minutes later, she came in, sat down. I don’t remember her exact words. She told us you were dead. Shot. Machine gun. Practice drill. You were never coming back.

My brother ran out of the room. I can’t remember what happened next.

We couldn’t hold the funeral service at the church, because you hadn’t been baptized. That had never prevented you from taking Communion.

At the reception later, the nuns told me you were in a better place. I couldn’t believe their nerve.

This is what I believed, for a while:

You were in heaven, watching me. Reading my mind. Judging me. Hoping for me. Wanting me to be the best I could.

I knew it wasn’t true, but somewhere, somehow, I wanted you to still exist. To still be with me. On my first wedding day–in the midst of an August heat wave–it rained. They said you were crying from  Heaven. On my second wedding day, the morning’s torrential downpour cleared to a perfect, sunny, smiling afternoon. I know it was just weather.

When You Were My Age

I am the same exact age now–minus a few weeks– that you were when you died: 39. On this day, 29 years ago, you were gone.

How could you have been so young? You seemed so real to me, so complete. You were everything.

You have missed so much of our lives. My daughter cries for the grandfather she never knew. 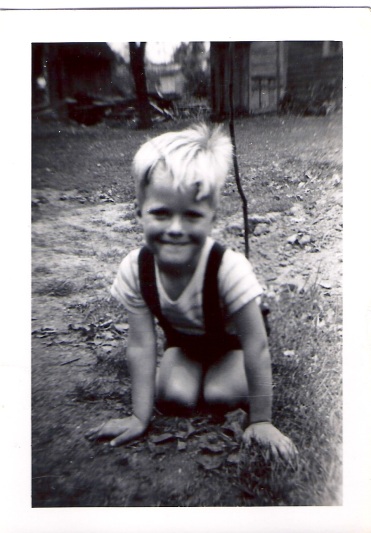 When You Were My Age 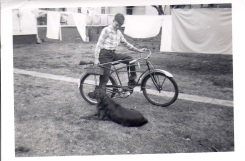 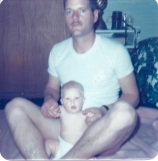 Say Anything. Anything at all. Cancel reply